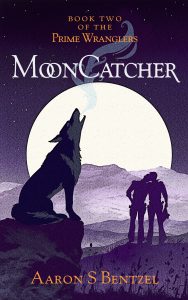 After surviving a deadly encounter with the bandit Rattlesnake Rose, Cazo Briggs is happy to say that life is finally returning to normal – or as normal as life gets when your boyfriend is a wanted outlaw. But when a powerful creature known as the MoonCatcher contacts him for help, Cazo makes the decision to return to that land of wonder and danger – the West.

His journey takes him to the western plains, where the native Redhands wage an endless war with the Republic for control of the land. And if Cazo thinks he can stay out of the conflict and not take sides, he has another thing coming. The MoonCatcher waits in the Sombre Hills, the very heart of the Redhands’ territory, and this secretive tribe isn’t letting any outsider near it without a fight.

Fortunately, Cazo isn’t alone in his quest. With the help of allies, old and new, he hopes to set the MoonCatcher free. But in the West nothing is permanent, and allegiances can shift as easily as the wind blowing through the high prairie grasses. Cazo’s deepest assumptions – and strongest relationships – will be stressed to their breaking points, but if he can hold it all together, he may be able to wrangle one of the most powerful Primes of them all.

MOONCATCHER is a fantasy western set in a reimagined West. Here, powerful creatures known as Primes roam the frontier, and daring wranglers risk their lives to capture them. To read the Wranglers series from the beginning, check out SNOWMAKER.